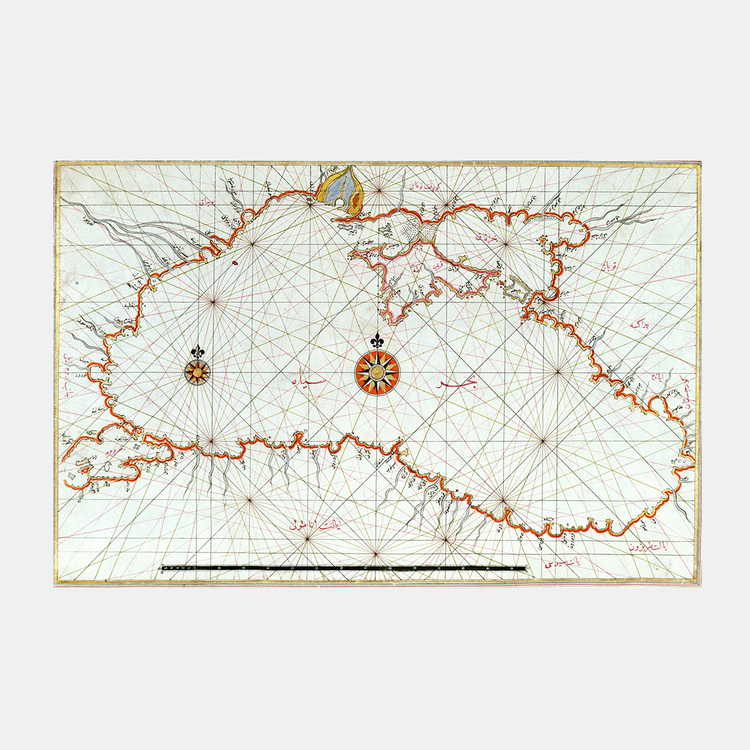 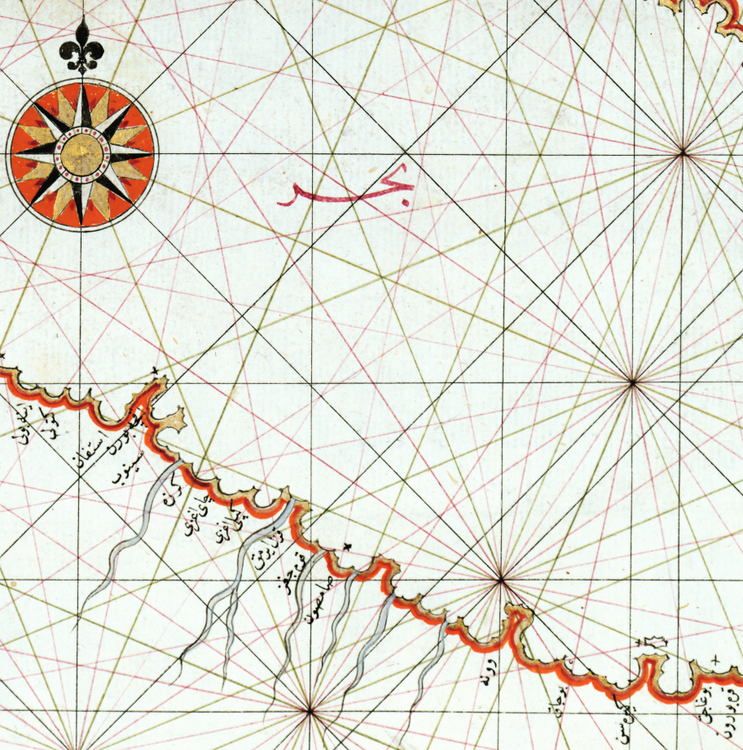 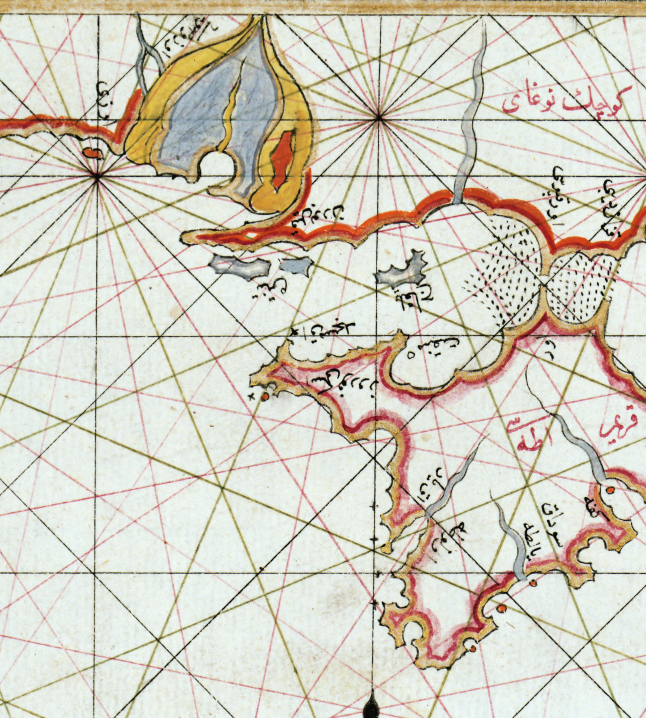 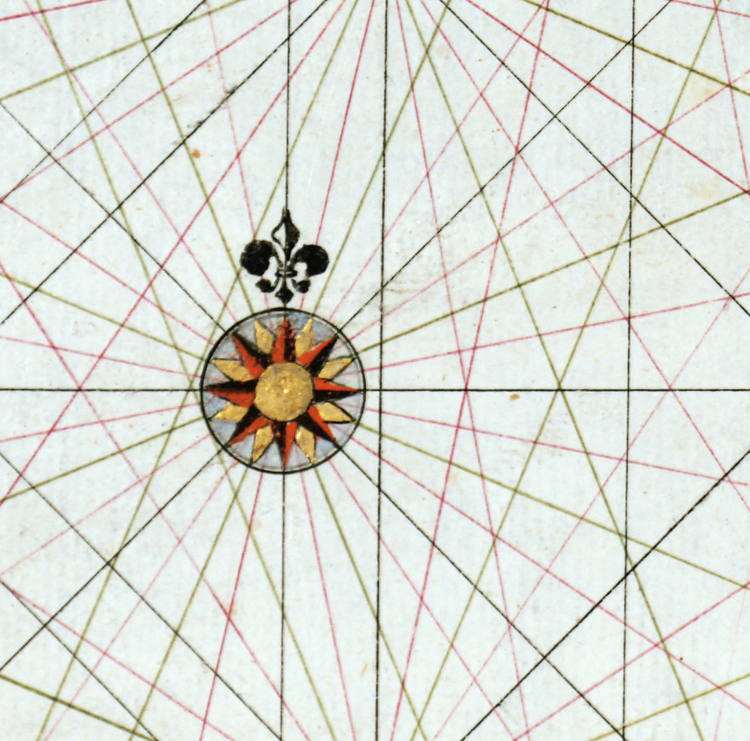 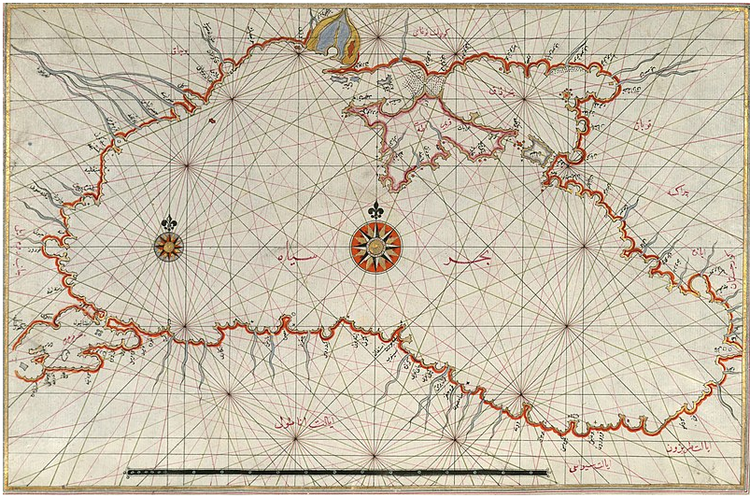 English: Originally composed in 932 AH/AD 1525 and dedicated to Sultan Süleyman I ("The Magnificent"), this great work by Piri Reis (d. 962 AH/AD 1555) on navigation was later revised and expanded. Walters manuscript W.658, made mostly in the late 11th century AH/AD 17th, is based on the later expanded version and has some 240 exquisitely executed maps and portolan charts. They include a world map (fol. 41a) with the outline of the Americas, as well as maps of coastlines (bays, capes, peninsulas), islands, mountains, and cities of the Mediterranean basin and the Black Sea. The work starts with the description of the coastline of Anatolia and the islands of the Aegean Sea, the Peloponnese peninsula, and the eastern and western coasts of the Adriatic Sea. It then proceeds to describe the western shores of Italy, southern France, Spain, North Africa, Palestine, Israel, Lebanon, Syria, western Anatolia, various islands north of Crete, the Sea of Marmara, Bosporus, and the Black Sea. It ends with a map of the shores of the Caspian Sea (fol. 374a). 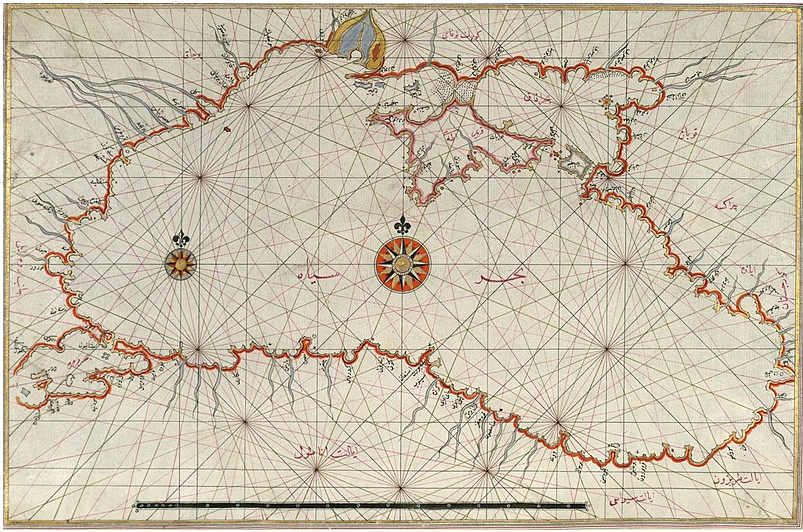 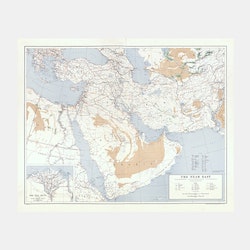 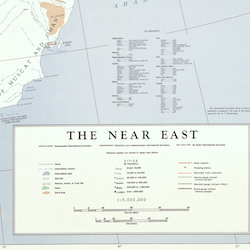 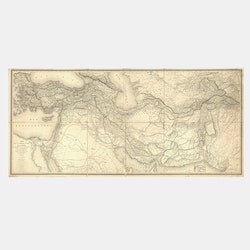 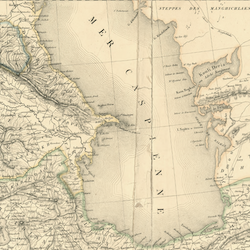 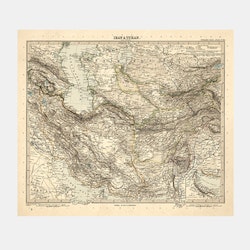 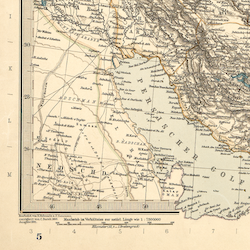 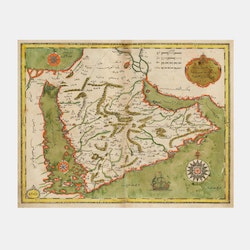 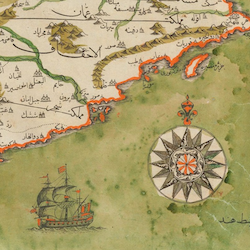 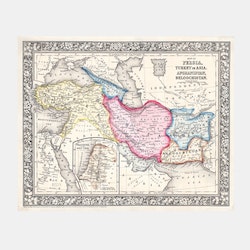 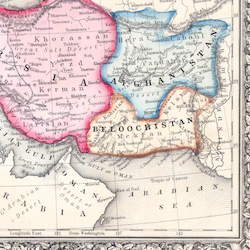